Australians know a thing or two about fitness. With their outdoorsy lifestyles and tendency to be half-naked on the beach, Aussies spend a lot of time working out, and one of their favourite ways to do it is F45.

Now becoming increasingly popular in the UK, F45 is a group fitness class involving 45-minute HIIT sessions, varying between strength and cardio. Undoubtedly, it gets results – members regularly post ‘before and after’ photos on Instagram, showing major transformations, many of which are thanks to F45’s eight-week challenge.

The challenge is pretty simple: work out at F45 at least five times a week for eight weeks, while at the same time following a meal plan from their app. 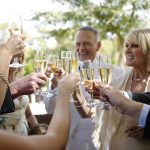 GOOD HOUSEKEEPING: How I motivate myself to exercise