Confession: it’s been a whole day since I went to see the new West End musical production of Aladdin, and I still have ‘A Whole New World’ rattling around my head on repeat

And another confession: I bloody loved it, which is probably very uncultured of me given that this is undeniably a big, brash, expensive, Disney-fied extravaganza. But MAN it’s good 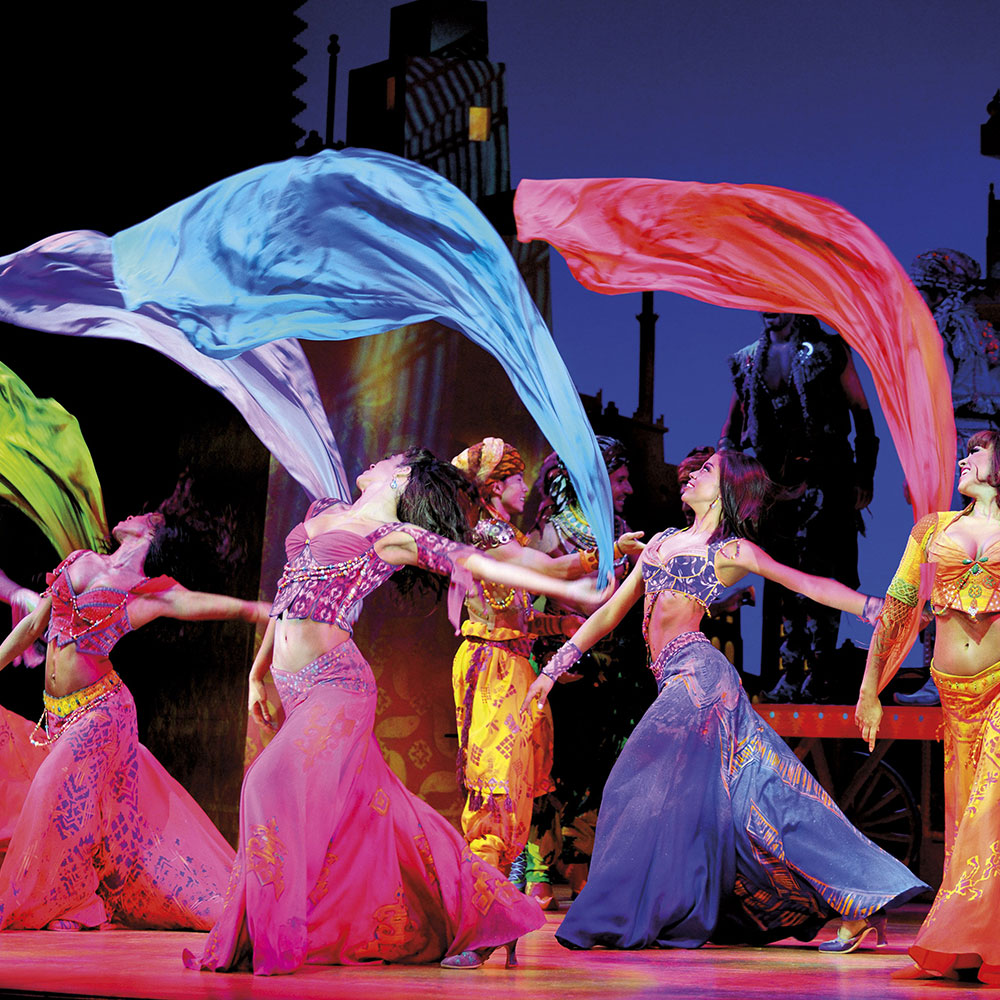 Despite not being one of those people who goes completely soppy over Disney films, I do remember really loving Aladdin as a kid (I had a pair of Princess Jasmine leggings that I basically lived in for a year, before switching to a rather fetching pair of tie-dye cycling shorts).

However, luckily for anyone reading this I can’t remember the plot well enough to compare it scene-for-scene with the musical version, although I can tell you is they get Jasmine’s blue harem pant and crop top outfit SPOT ON. 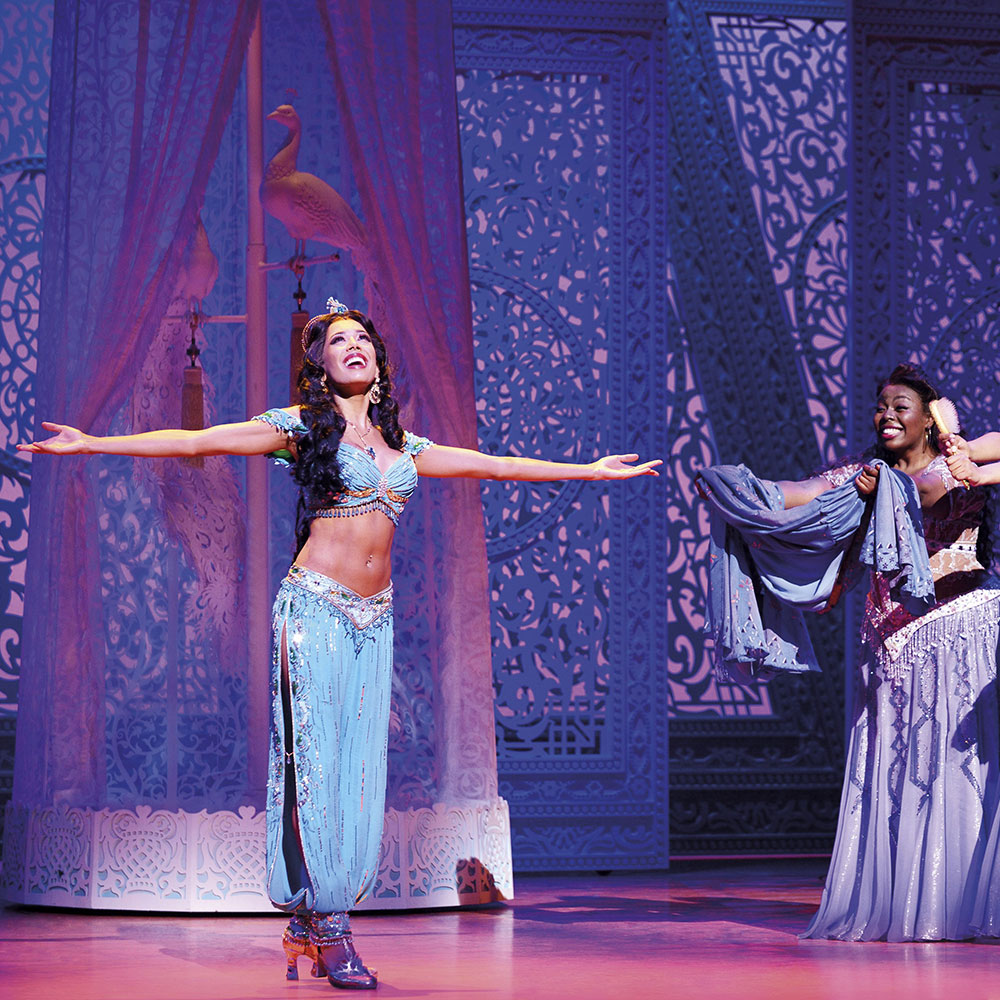 The costumes and colours of this production are just gorgeous – it’s an absolute treat for the eyes. The sets are also spectacular, in particular the bling-filled cave Aladdin enters to retrieve the lamp. In fact, when it was first revealed, this set got its own round of applause (it’s fair to say we were a pretty excitable audience)

Aladdin is played by Dean John-Wilson, who it must be noted, looks pretty good in an open waistcoat and Fez, while Jade Ewen plays Jasmine (cue my sister and I having a long interval conversation trying to remember what girl group she was in – it was Sugababes, in case you’re wondering).

The star for me though had to be the Genie, Trevor Dion Nicholas, who brought all the sass and flamboyance you would expect of this legendary character to the stage. I also have to give a shout out to Peter Howe as Jafar’s sidekick Iago, who was so ridiculously creepy I actually freaked myself out walking home by imagining him scuttling out of the dark bushes towards me.

For me the whole show was brilliant, but it had two real highlights. Firstly, the spectacular dance number when Genie first popped out in the glittery cave, which featured a Disney film medley, Strictly Come Dancing references, amazing tap dancing and enough costume changes to make Beyonce proud.

Secondly, the bit we were all waiting for – ‘A Whole New World’, complete with ACTUAL FLYING CARPET, a beautiful starry night sky and a teensy bit of snogging. So, so good.

Honestly, I don’t think anyone could not enjoy this musical. The songs are brilliant, the cast is on top form and the Genie is so awesome you’ll actually want to dip your entire head in glitter just so you can be more like him. Get tickets here.

10 reasons girls' holidays are the best