Best things to do during a weekend in Lisbon

I love travelling, and if my journalist salary allowed, I’d spend every weekend and all my annual leave jetting off to various destinations across Europe and the world (it doesn’t, obvs).

Recently I headed off the Lisbon on a surprise trip for my boyfriend’s 30th birthday. Amazingly he didn’t guess beforehand, even though I kept blathering on about the terrible exchange rate for Euros, and it was only the day before he turned 30 that I revealed we’d be jetting off on a glamorous EasyJet flight to the Portugese capital on his birthday. I totally recommend giving presents that mean you also get to go on holiday, btw.

Anyway, I had a little look around beforehand to find out the best things to do in Lisbon but, as always, there was an overwhelming amount of information online. So I’ve decided to make it simpler/add to the deluge by rounding up my favourite things to do during a long weekend there…

I’m the kind of gal who likes to get their bearings in a new city, so the Chill-Out walking tour, which leaves from the Plaza Luis de Camoes at various times (check here) was a good option on the first day. Even better it’s free! By which I mean, there’s no set charge, although you are pretty much expected to tip at the end.

To be fair though, you do get a lot for your money – our tour lasted a good three and a half hours, taking in the main sights of central Lisbon, with plenty of good restaurant recommendations and a cherry liquor stop thrown in along the way.

My favourite bit of the tour by far was Alfama. This is Lisbon’s oldest district, full of narrow, winding cobbled streets and brightly painted buildings where locals shout to each other across the balconies! It’s the type of area that would have been totally refurbished and turned into luxury period property in London, but in Lisbon this is still, apparently, the neighbourhood of the poor. It’s also where you can find Fado restaurants in the evening, home to traditional guitar music and singing which you enjoy while eating your meal.

The view at the end of the tour is not bad either!

Before I went to Lisbon my mum told me approx. 400 times that I must visit Belém once I was there, so dutifully we trundled off on the tram to get there on our second day in Lisbon (take tram route 15, it’s around 40 minutes).
The area is special because it’s home to some of Lisbon’s most notable historic monuments, including the UNESCO World Heritage site, the Jerónimos Monastery. Obviously because I’m a complete moron and it was Easter Sunday the monastery was closed, but here is a lovely picture of it from the outside, and I’m sure it’s very interesting inside should you be a more sensible person and check opening times.

Anyway, all was not lost, because there were still some cool things to see in Belém, including the Monument to the Discoveries (below), a huge and impressive stone slab erected in the 1960s, and Belém Tower, a little fort built just out into the sea. We also whizzed round the (free) modern art gallery which was vaguely interesting to us, but probably would be utterly absorbing to a proper art enthusiast.

Is it terrible for me to say the highlight of Belém was a cafe? Not just any cafe though – the Fábrica de Pasteis de Belém, which since the 1800s has been serving up Lisbon’s famous custard tarts (forget all notion of those anaemic-looking tarts they sell in Greggs, these are INCREDIBLE). Once they come to the table you can choose whether to sprinkle yours with sugar or cinnamon – I went for the latter and it was so bloody gorgeous I’m drooling a bit just writing this. We had ours with hot chocolate just for extra fat points.

When you get the tram back, jump off at the Praça do Comércio (a big square with a statue of a dude on a horse – you’ll learn more about him on the tour) and then have a wander of the centre and shopping districts. Unfortunately I can confirm that Zara is no cheaper in Portugal *sad face*.

Now that you’ve done the centre of town and the historical districts, where the hell else are you gonna go?
Well, chatting to our taxi driver on the way into Lisbon we’d been told about a ‘fairytale place, up in the hills’ called Sintra, and as soon as he’d said that I was immediately envisaging the Chitty Chitty Bang Bang castle and had to visit.

The train takes just under an hour to get from Lisbon to Sintra, leaving from Rossio train station, which was conveniently close to our hotel (Casa Balthazar, not dirt cheap but highly recommended). In my opinion, it was totally worth it – there is so much to see once you get there, including palaces, beautiful gardens and a cute little town. Yet again, it’s a UNESCO World Heritage site, and you can see why.

My highlight was the Castle of the Moors (where I’m getting my pose on above) a stunning medieval castle located right up on the mountainside (you have to get a bus up, don’t even try and walk!) It has to be seen to be believed – the views and scenery were stunning.

Another fun place to visit in Sintra is the Quinta da Regaleira. We umm-ed and ahh-ed about going there but I’m so glad we did – it’s basically this crazy, fairytale garden featuring lakes with stepping stones, fountains, turrets you can climb up, grottoes and pitch black tunnels that you run through screaming (just me? Oh).

There’s also an ‘Initiation Well’ – a deep well which you can look at from the top before climbing right down to the bottom (I had lots of horrific flashbacks to seeing The Ring at the cinema during this point but it was all fun and games really. No, really).

Apart from the custard tarts of DREAMS, I haven’t really mentioned food yet, but yes, have some! We enjoyed the Tagide wine and tapas bar, which had lovely views, tasty cheese and the opportunity to sample lots of different wines from a clever wine-dispensing machine.

Also worth trotting down to is the Mercado da Ribeira, which actually seems to be sponsored by Time Out (umm, how come they don’t have their own hipster street food market in London?!) It’s basically a massive hall with loads of table and benches in the middle, then round the outside lots of food stalls to choose from, ranging from traditional Portugese food to sushi. Be warned – it can get absolutely heaving at lunchtime, and it took us quite a while to find seats, but the atmosphere is pretty fun and raucous.

Basically though, just make sure you have as many custard tarts as humanly possible. Amen.

14 things you'll know if you're obsessed with eyeliner 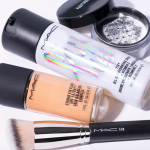 5 things I learnt from a MAC makeup artist